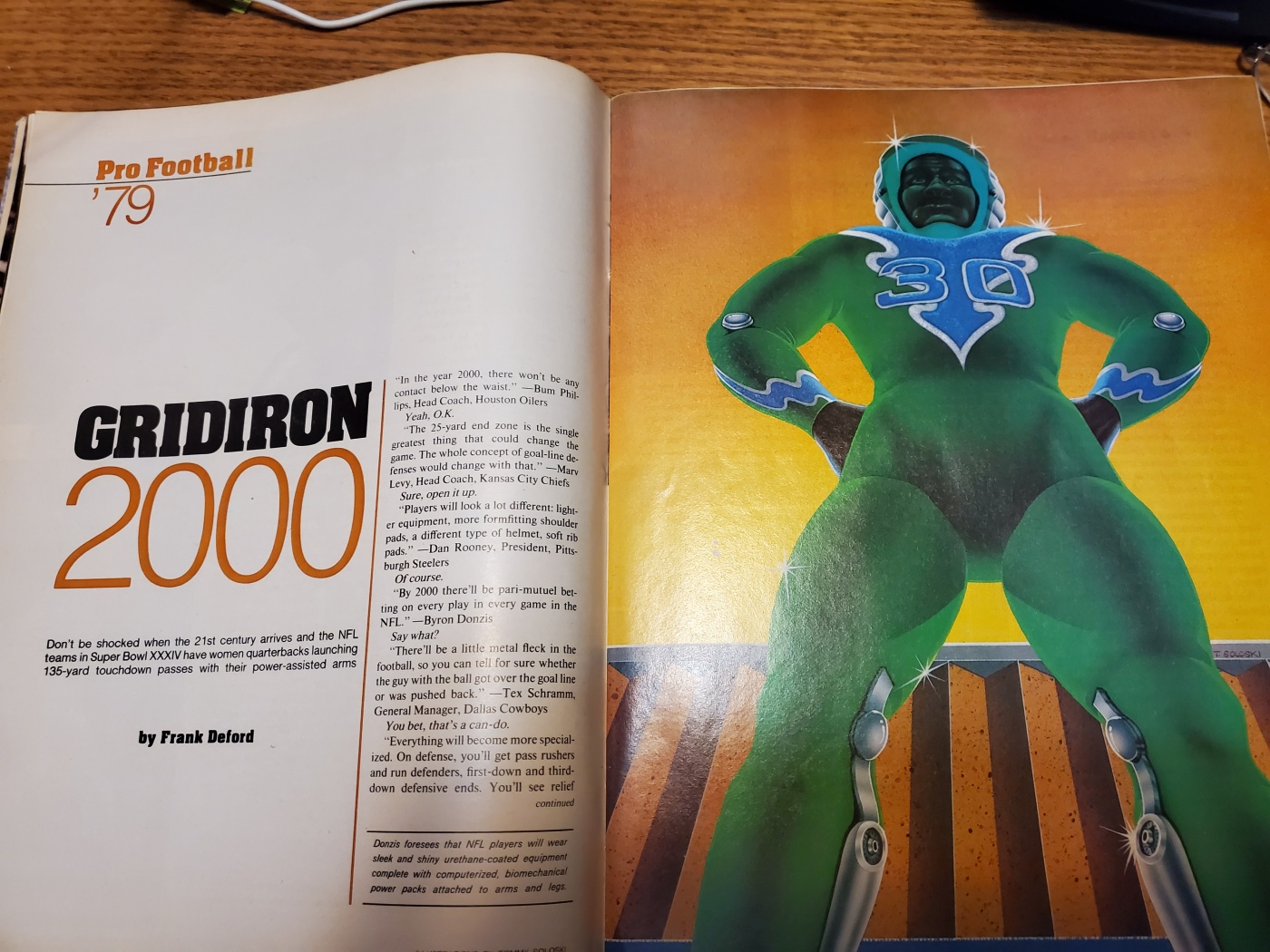 In the fall of 1979, Sports Illustrated presented “The NFL in the Year 2000,” their predictions of the way the sport would develop over the next quarter century.

Spoiler: they were wrong.

Some of my favorite dead-wrong predictions from this article include:

Some of their assumptions were decent, mainly the ones that suggested that a higher percentage of underprivileged kids than college kids would be dreaming of a football career by the end of the century. It’s hard for me to fathom a time when that might not have been true.

And, buried in a single sentence within this 8-page article, lays a golden idea that I cannot believe has not come to pass. Tex Schramm, former GM of the Dallas Cowboys, said:

“There’ll be a little metal fleck in the football so you can tell for sure whether the guy with the ball got over the goal line or was pushed back.”

How, I ask you, has this not been invented yet? We have the technology. We use it every day.

Proximity scanners are used in secure buildings everywhere to allow access to restricted areas without slowing people down. If you have the proximity card, the scanner will read it while you are in motion. They are strong enough to allow them to be embedded inside of something else (I never bother to take mine out of my purse) and operate at a variety of ranges.

Shove one of those babies inside a football and we’re in business here.

A network of scanners could be threaded along the perimeter of the end zone, all watching for the passage of the single key chip inside the football. Or you could place them along the insides of the goal posts to monitor field goals. The only trick will be to make them one-directional so that it only reads the signal after the football has passed beyond the boundaries.

Just imagine an NFL game where there is no need for endless replays among multiple cameras to determine whether the ball broke the plane of the end zone. It would register immediately, with no argument.

Better yet, the moment a kick is good the entire goal post could light up green to let everyone know.

You can have this idea free of charge, NFL, so get on it.

One thought on “Football’s Next Golden Idea”